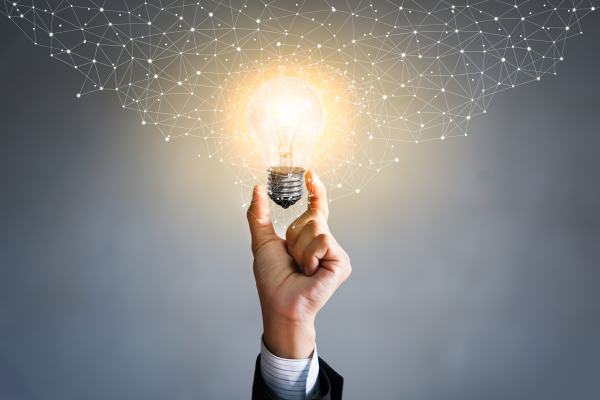 The Cost of Informing Versus Communicating

I’d been here before: Joan, the CEO of a large investment firm in the mid-Atlantic, was just finishing an impressive presentation of the new strategy that had been approved by the board. She was speaking to the extended leadership team (ELT), which included her direct reports and their direct reports. The slides had been carefully prepared and were well-designed. She had worked hard to craft the messaging and presented it with great skill. She used humor, repeated key messages, varied her tone, was enthusiastic; she even displayed positive body language. She had covered 20 or so slides, and the last slide depicted the classic “Q &A.” The predictable, “any questions?” was met with awkward silence. After we heard a couple of “thank yous” and “great jobs,” she was ready to wrap up on-time and break for lunch.

It was so tempting just to let them move on, however I had this sneaky suspicion that the ELT—especially the second-tier members—were a little shell-shocked. From the CEO’s point of view, she was confident the team had understood and were good-to-go. After all, she had “over-communicated” the strategy. But what she had actually done was a really good job of over-informing them. There was very little true communication. Looking at my notes, I began to ask questions of the team. It became quickly apparent that the team had, indeed, understood the strategy but were not ready to act on what they’d heard.

There is a very practical reason the Third Discipline of Organizational Health is to Over–Communicate Clarity. As a reminder, clarity includes our Purpose, Core Values, Business Definition, Strategic Anchors, Goals and Objectives, Roles and Responsibilities. It makes sense that we need to remind people of the clarity by repeating it regularly. But when I ask clients why repetition is important, many say, “So people understand.” This raises a problem: understanding is far too low a bar to ensure successful execution.

The goal of repetition is to secure buy-in so that everyone in the organization can march to the same drummer, so to speak, and feel good doing it because they had an opportunity to weigh-in. Unfortunately, repetition that only comes through telling people rather than engaging them is not as effective. There are various reasons (or excuses) I hear about why we tend to over-inform:

Consider: You may save time upfront, however the lack of buy-in will slow down your ability to execute. Pay now or pay later is a good way to remind yourself of this concept.

Consider: Let your audience ask questions as a mechanism to demonstrate some of the thinking behind the strategy. Encouraging questions will accelerate buy-in, and from time to time help you catch something important that was missed.

Consider: Yes, it does, but again, pay now or pay (much more) later.

So, how do we make the switch from over-informing to over-communicating?

At the end of the day, one of the principal responsibilities of a leader is to be the CRO—the Chief Reminding Officer. The purpose of reminding is to equip your people with what they need to buy-in, align and execute, not just understand. As you prepare to over-communicate to your organization, I challenge you to work on ways to foster true communication.