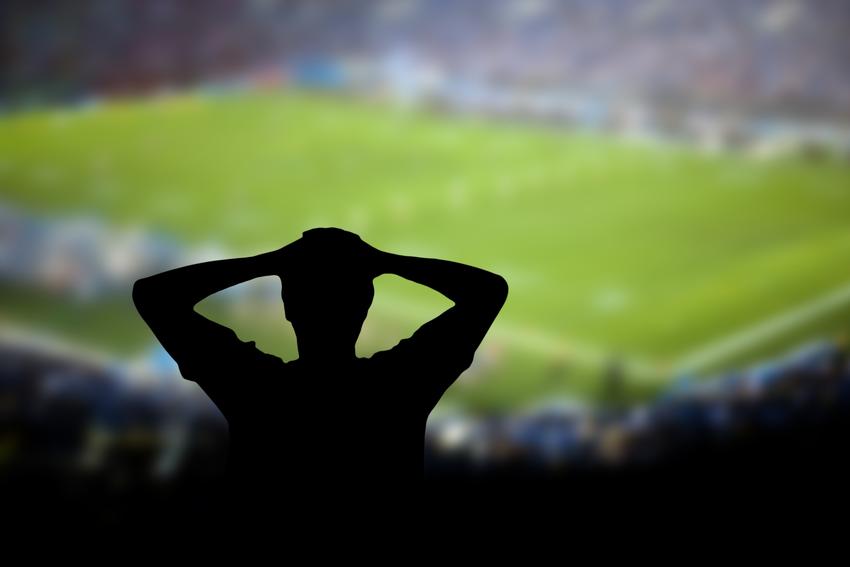 Leaders in business have always looked to the world of sports for analogies and examples of teamwork.  I’ve done the same in my consulting practice, and for that matter, as a parent.  There is something simple and clean about sports examples.  And while teamwork will always play a role in sports, I’ve recently come to the conclusion that a number of fundamental changes in sports and society are making it less and less important at all levels, from professional sports to youth athletics.  All of this has made it harder to find pure examples of teamwork in sports.

It’s easy to see the decline of teamwork in professional sports, as the emphasis has shifted toward individual players and their “brands.”  Because of free agency and trades and media, even fans seem more loyal to the names on the back of jerseys than to the team name on the front.  Consider the NBA, whose season is winding down to the playoffs.  It seems that there is more talk about where star players like Kyrie Irving, Kevin Durant and Anthony Davis are going to play next year (and there are plenty of others), rather than how they’re going to help their current teams win.  Players have little loyalty to their teams and seem to spend less and less time on the same one, making it hard to develop the kind of chemistry that is at the heart of teamwork.

And my hometown Golden State Warriors used to be a testament to the power of teamwork.  And then they went out and acquired two of the best players in the league, creating a line-up of five or six likely hall-of-famers.  So much for the principle of making more out of less; they just decided to build an all-star team.  Now everyone is trying to do the same, creating a bidding war for superstars who spend a year or two playing together before moving on.

And then there is baseball. The biggest news of the new season is not whether the Red Sox will repeat, but how Bryce Harper will live up to new expectations in Philadelphia, where he signed a contract with the Phillies for – get this – $330 million.  A few weeks prior, he had been talking about his allegiance to his team, the Washington Nationals, but there is something about a third-of-a-billion-dollars that will taint even the strongest team affiliation.

That was big news until a week later when Mike Trout signed a deal worth $430 million with the Angels.  It’s tough to even think about the principles of teamwork and sacrifice and accountability when one of your players is being paid more money than the GDP of the island nation of Tonga. Do you think that the coach of the Angels is going to feel comfortable sitting Trout on the bench for not running out a ground ball? It’s hard to imagine even the most unselfish player not being tainted by the informal influence that goes with so much financial clout.

If you think this is just a problem with professionals, consider what has happened in the last decade or so in youth sports.  Gone are the days when kids played for their local schools and neighborhood little league teams year after year, working hard to develop the chemistry and sacrifice required to become a real team.  Almost every sport has shifted toward a model built around club or travel teams.  Whether it’s basketball, baseball, soccer, lacrosse, volleyball or water polo, kids from age 9 to 19 are playing year-round and being coached by adults whose primary source of income comes from parents who pay for them to mentor, train and organize endless practices, games and tournaments. But these kids aren’t playing for one team and learning how to work with them; they often jump from one team to another, sometimes at the same tournament, honing their skills and showing their individual talents to scouts from other clubs and colleges.

If you haven’t had kids in youth sports recently, you might be wondering why parents put up with all this.  Well, as a dad of four lacrosse-playing sons from the ages of 13 to 20, I can tell you that there are largely no other options.  And while it would certainly be interesting to debate the merits of this new sports culture on young people, families and society as a whole, for now let’s stay focused on the topic of teamwork, and the impact that club sports has on its importance. When kids and coaches are hopping from one team to another on a regular basis, there is much less focus on chemistry, camaraderie and group strategy, and much more on individual skills and achievement.  Which means teamwork becomes less of a focus.

What do these changes in youth sports have to do with athletes at the college and professional level?  Plenty. This was made clear to me last week as I watched the NCAA Basketball tournament, lamenting when my pick to win it all, Duke, lost to Michigan St.  Duke has the top two players in the nation, based on how they are going to get chosen in the NBA draft.  Yes, out of the hundreds and hundreds of college basketball players, the TOP TWO play for the same team!  And at least one of the other players on the team is in the top 25.  On top of that, they have, perhaps, the best coach of all time, Mike Krzyzewski.  How could they lose?

I heard comments from an analyst that helped me answer that question.  He noted that most of Duke’s players were freshmen.  But he wasn’t making the claim that this set them back physically – one of those players, Zion Williamson is an 18-year-old man-child, at 6’7” and 285 pounds.  The others are plenty big too.  What the analyst explained was that these kids had been playing on AAU teams since they were children, focusing on managing their own individual skills and careers.  They come to college with little understanding of how to work on a team, and then even the best coach has little time to shape them collectively.  And so they are bound to struggle against teams with older players who have spent a few years learning to play together.

To make matters worse, consider that so many of the best college basketball players leave school after one year to go pro.  How in the world is a coach who has spent his lifetime mastering the art of getting people to work together supposed to tap into his team building skills when he knows his best players are only on campus for nine months? Not to mention that they will be signing contracts worth millions of dollars a few months after the NCAA tournament ends.

And though the economics is different, this problem is not limited to men’s sports.  I heard a simple but telling quote yesterday from the most successful coach in the history of women’s college basketball, Geno Auriemma.  He said, “Most coaches are afraid of their players,” explaining that they feel uncomfortable pushing athletes because they have to placate them in order to lure them to their school and to keep them there.  It’s hard to deny the impact that this kind of culture has on teamwork.

The point here is not that teamwork doesn’t matter.  I am convinced that teams with very good players still beat non-teams with great players, which explains why Michigan St. beat Duke, and why Texas Tech and Virginia made the Final Four while North Carolina did not.  It’s just that many athletes themselves, at all levels, are not learning the power of teamwork in sports.

Consider the irony that Zion Williamson may never experience the full impact of teamwork as he transitions to the NBA where he will be encouraged to focus on his game, his career, and his brand.  Thirty years ago, Michael Jordan spent years playing on real teams before he became the superstar that he did.  Today’s youth are largely missing out on this.

You might notice that I haven’t mentioned football in my examples so far.  That’s because football has not experienced the same decrease in teamwork that other sports have, for a few reasons.  First, because football is not generally played year-round, and because there is not really an AAU equivalent to football, the culture of teamwork remains more embedded in football than in other sports.  And while the NFL has plenty of player movement through trades and free agency, coaches maintain a greater influence over the individual athletes partly due to the number of players on a team, and the shorter careers of those players.

The New England Patriots are a good example here.  Year after year, they continue to win with less talent than their competitors.  Yes, less talent.  What they have is a coach who values a culture of teamwork more than individualism, and a quarterback and leader who does the same.  They rise above more talented squads who can’t keep their players focused on the collective success of the team.  Unfortunately, football is an exception, not the rule.

So what’s the big deal about this diminishment of teamwork in sports?  Well, it’s not exactly a crisis, especially when compared to other problems in society.  But it does contribute to a general trend toward self-centeredness, which is not a good thing.  Consider that parents in ages past might have signed their kids up for youth sports in the hope that they would learn the fundamentals of teamwork for application later in life.  And companies have hired people who played sports assuming that they are getting employees who understand how to work on a team.  Here are a few thoughts on how to adjust for the new paradigm of teamwork.

Society might need to seek new models for teamwork outside of the world of sports, perhaps in the work of first responders, hospital emergency rooms, and healthy churches.  Companies probably need to go a little deeper with job seekers, whether they played sports or not, discerning if they truly understand the unselfish nature of being a team player.  And parents probably need to find additional avenues for lessons about teamwork, not eliminating sports, but understanding its new limitations.  And for parents who work in healthy organizations, perhaps they can take their kids to work and let them witness examples of teamwork there.  Who knows, maybe their kids will start to wear jerseys and buy trading cards with their parents’ names on them.